*This is a guest post from a new user about his experience microdosing psilocybin.

I Was Never Open To Natural Mind-Altering Products, But I Decided To Try 30 Days Of Microdosing Psilocybin. 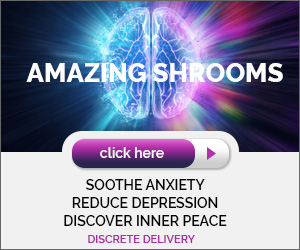 (These are the guys I got my microdoses from, I would recommend them as a reliable source. See more comments at the end of the article below)

I’ve had my experiences with few light drugs during my high school and college days, but they didn’t really excite me as much as most would think. There was some fun element to them, but nothing that would encourage me to do them again, so I stopped using them shortly after.
Even when weed became legal in certain parts of the country, I wasn’t particularly stoked (yet I was definitely on the supportive side).

Then, in 2019, I decided to try microdosing psilocybin for a full month.

You’re probably wondering: “How did that happen?”

Don’t get me wrong, it wasn’t a random decision at all. But before we get into my personal experience, I’ll give you a quick walkthrough of what psilocybin is. Why and how people use it, and whether science supports all the benefits ‘microdosers’ promise to be true.

This Is What Encouraged Me To Try Microdosing.

Microdosing is nothing new. The psilocybin mushrooms were officially recognized in 1950s, and have been coming in and out of fashion every few years.
There were always curious explorers and performance hackers, just not known to the most.

All of that changed in 2015, when Tim Ferris published his blog post, Are Psychedelic Drugs the Next Medical Breakthrough? (#104), and attracted the interest of millions.
Tim first came into the public eye with his book, The 4-Hour Workweek, which inspired hundreds of thousands of people to start their businesses. I read it when it was first published back in 2007 and I liked it quite a bit, although I can’t say I was a huge fan.

However, it was his 2015 podcast that piqued my interest in trying psychedelics for the first time. His experience sounded, well, not just fun, like most positive drug-trip stories sound.

Joe Rogan talked a bunch of times about it as well, so I decided to dig around a bit more.
Soon after, I found there are millions of people, including top-level athletes, celebrities and entrepreneurs microdosing psilocybin to enhance their physical and mental performance. And achieve a calmer and more focused state of mind.

That sparked my curiosity and I was almost ready to partake in the 30-day psilocybin microdosing journey.

I Wanted To Do It Right, So I Did My Research First.

Like every responsible person, before trying something new, I like to do my homework. Even though, well known people stand by the benefits, you should still be diligent when it comes to your own safety.
Luckily, we live in an age where information is widely accessible, even when it comes to such specifics as microdosing mind-altering substances.

What did I find during my research?
A lot!

There are more than 100 different species of magic mushrooms around the globe. The mushrooms were discovered in the early 1950s by R. Gordon Wasson while he was on vacation, no less. The DEA put it on its list of illegal substances in the 1970s. While it has been stigmatized for years, apparently, more than 30 million people in America use it regularly.
That number shocked me! While I was aware many people have tried various psychedelics, I had no idea that 10% of people I knew did. Mind-boggling.
There’s a chance someone you know is a part of the 10%!

So, What Is Psilocybin? And What Does It Actually Do? 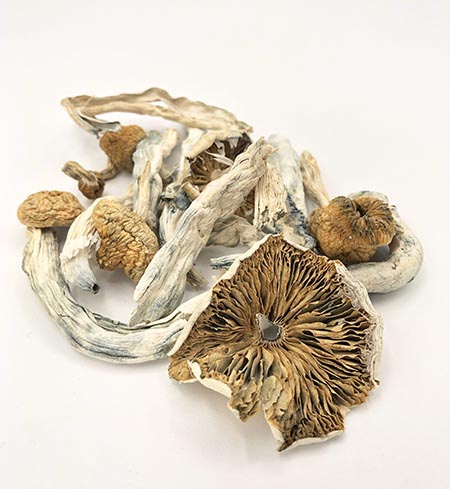 According to Medical News Today, it’s a psychedelic, mind-altering substance known to have positive psychological effects on the brain. It’s not a naturally addictive substance, but individuals with a history of mental illness should be wary.

Psilocybin works by activating the serotonin receptors in your brain. That alters your cognition, perception, and overall mood.
Larger doses can trigger visual and auditory hallucinations, however, when taken in small doses, you can avoid these experiences.
That definitely intrigued me: All of the positive effects without any downsides!

“But wait!
Is there any scientific research on the matter?
Your family doctor wouldn’t recommend using any drug on your own, however, what does the modern research say about it?”

Here Is What The Science Says About Microdosing.

Many would think there’s not much from science’s point of view. After all, it’s a ‘drug’.
In reality, this couldn’t be farther from the truth.

Psilocybin has shown such a vast range of not just positive, but potentially healing and empowering benefit, and there are dozens of official studies, proving them.
For example, a 2018 study discovered that while psilocybin doesn’t have any effects on intelligence, it does, in fact, considerably improve your creativity.

And that’s not all! I’ve discovered a study that rather than forcing people to microdose in a lab under scientific supervision, surveyed people who already did it on their own. According to them, microdosing psilocybin:

A study conducted by scientists in the Netherlands affirms that microdosing contributes to enhanced creativity and problem-solving performance. Along with the numerous anecdotal reports that all mention increased mental capabilities and a ‘flow-like’ state of focus.

Additionally, psilocybin can also be used to treat various mood disorders. Clinical research has shown that larger doses of psychedelics are effective in treating depression, anxiety, and addiction. But before starting a ‘self-treatment’ I always advise you to consult a medical professional as psilocybin in large doses can trigger panic and anxiety attacks.

My Personal Microdosing Experience. It Turned Out More Than Positive!

Since I’ve never experienced or shown any signs of mental illness, I quietly decided to try micro-dosing on my own. I decided to try it for one day at first. I’m a freelance designer, so I’d be able to try it even during the workweek. Also, if the first experience was bad I promised myself I would stop immediately.

Let’s see how my experience went.

“I caught a glimpse of heightened creativity and higher productivity.”

While I had a slight feeling of anxiety before my first dosage, the first day was pretty uneventful. I didn’t experience any hallucinations, although I got lost in my thoughts a few times – once even during a conversation on the phone. Other than that, nothing worthy of note.
However, I did experience sudden bursts of productivity and subsequently, creativity. I managed to stay focused on my work undistracted for three hours.

“I worked fewer hours but still got just as much work done. I was more focused and productive.”

Seven days later, I was starting to take meditation more seriously than ever. I’ve always been interested in mindfulness, but to be honest, I was never able to focus on it too much.
Morning meditation sessions became a time I took to self-reflect and think about the day ahead. While I decreased my work hours at the end of the week, I still finished the project I was working on without a problem.
I was less anxious when talking to the client, was able to take criticism and use it to improve my work.

“I was more focused, deepened my meditation practice and improved my productivity.”

When I got to the end of the month, I noticed that your past experiences and time of use play a huge role in your perception of psilocybin.
For starters, mediation became a usual thing in the morning. During those times, I experienced something close to hallucinations, but not quite. Your brain will be extremely active during meditation, and you’ll be able to visualize everything perfectly.

Focusing on work also became a whole lot easier. I was able to lower my working hours while getting just as much done prior to microdosing. I felt more calm, focused and collected. And I was less anxious when communicating with my clients, which helped me improve my work.

Should You Consider Microdosing Psilocybin?

You’re probably doing the same I did before my microdosing journey; Googling, researching and looking up other people’s experiences with microdosing psilocybin. And that’s definitely the right approach – evaluating whether you could benefit from such an experience.

Now, should you try it? From my personal experience, definitely try it.

The positive effects are all there:

Evidence also suggests that microdosing psilocybin will have a positive effect on your brain and mental health in multiple ways.
Psychedelic gave me a drop of water from the infinite ocean of my mind and potential. I have been meditating daily after my microdose experience.
I’ve learned to respect psychedelic medicines. Yes, they deserve RESPECT for how they can help us grow and evolve. Psychedelic medicines are gurus (teachers) which teach us more about ourselves. Like a good guru would say: 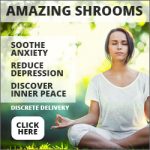 I tried the microdose formula from these guys for my own first month and was really happy with the purchase experience. The delivery was here in 2 days (even though it was supposed to be 1 day) and the packaging was really discreet, so no funny looks from the mailman. I’d definitely recommend them and continue to purchase.

4 thoughts on “My Adventures in Microdosing Psilocybin Were… Unexpected”