Psilocybin, commonly known as Magic mushrooms, have been popular for the last 60 years as a way to enhance creativity and open the mind. Even Yoko Ono was known to use different psychedelics to influence her work. Recently there are studies being done to understand exactly how we can harness all the benefits of this natural medicine. Research has shown that micro-dosing creates an “openness” which is the base of imagination, non-conformity, and aesthetic appreciation.

Psilocybin is one of the most well-known hallucinogens that are in “magic mushrooms”.  It’s naturally occurring in many different types of mushrooms.  The serotonin levels in your body are influenced when the Psilocybin is converted into psilocin in the body.  In larger doses, it can lead to hallucinations and unusual perceptions. You can begin to feel the effects after about 20-40 minutes and they can last up to 6 hours.

This is when you take a much smaller dose of “magic mushrooms” so that effects are less noticeable. You will not experience any of the usual hallucinogenic effects associates with psilocybin while still getting all of the amazing benefits. People report higher levels of creativity, energy, and increased focus when they incorporate micro-dosing into their wellness routines.  Most people that choose to microdose take it every few days so that they don’t build a tolerance to it.

There have been many new studies about how Psilocybin affects the body even though people have been using it to fuel their creativity for the last 60 years.  Most of the studies done are in the Netherlands where they are legal.

One study, done by Prochazkova, in The Netherlands tests the cognitive brain function of 36 people before and after taking magic mushrooms. They gave the subjects 0.37 grams of dried truffles. They tested their ability to find a single solution to a problem, the capacity to reason and solve new problems, and their ability to recognize many different solutions. After taking the psilocybin they found that the subjects had more ideas about how to solve the test.  They were also more flexible with the ideas they had previously come up with. It didn’t improve the general intelligence scores which suggests that it’s more beneficial to creative ability.

“Taken together, our results suggest that consuming a microdose of truffles allowed participants to create more out-of-the-box alternative solutions for a problem, thus providing preliminary support for the assumption that micro-dosing improves divergent thinking,” explains Prochazkova. “Moreover, we also observed an improvement in convergent thinking, that is, increased performance on a task that requires the convergence on one single correct or best solution.” 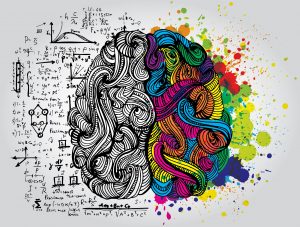 Another study recruited 55 participants and gave them psilocybin infused tea. They tested their creativity, empathy, and general life satisfaction. They were tested the night before ingesting the magic mushrooms, the morning after, and seven days later. The results were interesting showing the benefits of short-term and long-term use.  The subject’s divergent thinking abilities were vastly improved the morning after taking the mushrooms. In the next test, a week later, it returned to normal. The convergent thinking abilities improved at this point. Convergent thinking is the ability the find a single solution to a problem while divergent thinking is the ability to solve new questions and find many different solutions.

How They Influence Creativity

Magic mushrooms affect the body and brain in different ways depending on the dosage that you take. It causes a feeling of relaxation and enhances creative thinking. This could be perfect for anyone in any walk of life that would like to improve their ability to think outside of the box.  They affect the brain’s frontal cortex, which is responsible for abstract thinking, thought analysis, and plays an important role in mood and perception. It can help you expand your mind and break out of old patterns of thought.  Microdosing can bring a whole new perspective into your life.

Taking smaller, micro-doses, of magic mushrooms induces a state of unconstrained thought that leads to new, creative ideas.  This can help every aspect of your life where you need inspiration.  Dennis van der Meijden, a dutch graphic designer, producer, and rapper, began his journey to try and stoke his creativity with magic mushrooms. He takes a micro-dose twice a week and has seen amazing results. “It sharpens all the senses as if the frequencies of all of your atoms and energy field are raised a little bit and are being slightly more conscious,” says Van Der Meijden. He has enough energy to skip his morning coffee, “as if I’m kicked in some sort of orbit for that day.” If he becomes distracted, “I’m very much aware of that as if seeing myself from a bird’s eye view, so I can correct myself very fast.”

How To Take Them

There is no wrong to ingest magic mushrooms!  Depending on your dosage and the effects you would like to see there may be easier options.  Dried mushrooms are the most traditional method but it’s harder to dose.  My favorite way is the microdose capsules that make it easier to take the exact amount necessary.

If you have ever used psilocybin to enhance your creativity or improve your quality of life, share your story in the comments section below!