Areas Magic Mushrooms first became popular in the ’70s during the hippie movement but have made a recent comeback into the main-stream. Silicone Valley has become notorious for its love of this psychedelic substance to enhance creativity and work performance. While everyone is familiar with this substance and knows that it can cause hallucinations and wild “trips” there may be some things that you didn’t know. Research into this magical substance has shed new light on its many medicinal uses and history.

Most people know about the two common types of magic mushrooms but there are actually more than 200 species! These fungi may be so diverse because they didn’t inherit the psychedelic gene from common ancestors. It’s actually a defense mechanism to keep pests away. There are two main categories that these mushrooms can fall under.

Mushrooms that contain psilocybin: This is the biggest group with over 180 different types of species. This group contains the popular “liberty cap”, and “gold cap”.

Mushrooms that contain muscimol, and isotonic acid: This is a smaller group but has a rich history of uses in religion. This group includes the well-known Amanita Muscaria which is the only mushroom that is legal in most places.

2. “Shrooms” May Have Been The Inspiration for Santa

The back story of Santa may not be as innocent as you would think. In Siberia, where muscaria has been used for centuries, shamans used the fungi to commune with the spirit world. These Shamans would dry the mushrooms and give them as gifts on the winter solstice. On top of this, they would wear red suits with white spots to resemble the mushrooms which grew under evergreen trees. Reindeer in this region were the Shamans “spirit animals and are also known users of this magical substance. With all of these connections and the fact that the mushrooms could bring about hallucinations making it seem like the reindeer could fly, it all seems overwhelmingly likely.

3. Humans Have Been Taking This Magical Fungus For Millenia

Although psilocybin mushrooms gained popularity in the ’70s, the first documented use was in North Africa in 10,000 BCE. There are cave paintings from all over the world that depict mushrooms. In Siberia, South America, Central America, and Africa there are depictions ranging over time. Many people believe that magic mushrooms had an important role in human evolution. In the 1950s, R. Gordon Wasson traveled to Mexico and concluded that psychedelic mushrooms were responsible for our advancement in language and religion. He thinks that humans “ate their way to consciousness”. This would make sense as psilocybe mushrooms are resilient, and common on every inhabitable continent. The Aztecs were even known to call them “flesh of the gods”.

Magic mushrooms affect the body and brain in different ways depending on the dosage that you take. It causes a feeling of relaxation and enhances creative thinking. This could be perfect for anyone in any walk of life that would like to improve their ability to think outside of the box. They affect the brain’s frontal cortex, which is responsible for abstract thinking, and thought analysis.  They also play an important role in mood and perception. It can help you expand your mind and break out of old patterns of thought. Microdosing can bring a whole new perspective into your life.

Taking smaller, micro-doses, of magic mushrooms induces a state of free thought that leads to new, creative ideas. This can help every aspect of your life where you need a boost. Dennis van der Meijden, a dutch graphic designer, producer, and rapper, began his journey to try and stoke his creativity with magic mushrooms. He takes a micro-dose twice a week and has seen amazing results. “It sharpens all the senses as if the frequencies of all of your atoms and energy field are raised a little bit and are being slightly more conscious,” says Van Der Meijden. He has enough energy to skip his morning coffee, “as if I’m kicked in some sort of orbit for that day.” If he becomes distracted, “I’m very much aware of that as if seeing myself from a bird’s eye view, so I can correct myself very fast.” 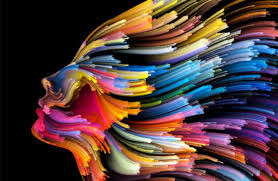 Millions of people face anxiety and depression each year and in the USA it is the tenth most common form of death. While prescription drugs can help they take a while to begin to work and then quickly lose their potency. By micro-dosing or even just taking one moderate dose people suffering from mental health issues will see immediate and long-lasting relief.
A study done in 2016 observed 29 cancer patients struggling with cancer-related anxiety and depression.  They gave them rotating cycles of placebo and psilocybin micro-doses. 80% of the participants showed extreme reductions in anxiety and depression. After 4 years they followed up and found that more than 70% of the group had long-term improvements.  Almost all of them attributed it to the study. They claimed it was ‘the most personally meaningful and spiritually significant experiences of their lives.” 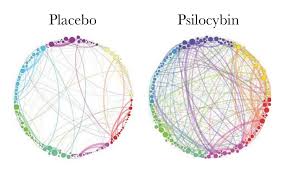 Let us know your experience with Psilocybin in the comments!